Elms Lesters Director PAUL JONES was featured in a fashion shoot, and was interviewed for Italian Men’s Vogue.

“In the heart of London’s tourists and theatres, is the amazing artistic oasis of Paul Jones’  Elms Lesters Painting Rooms “ 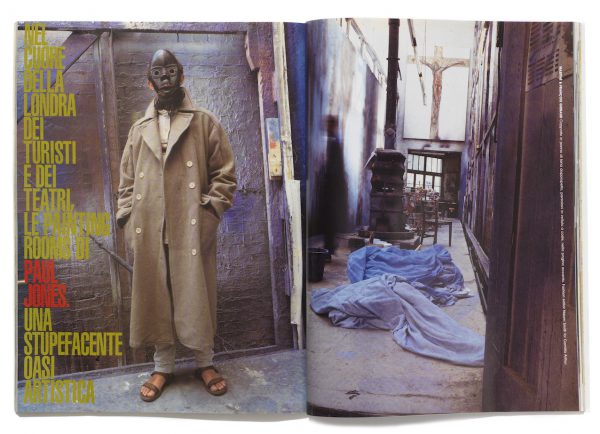 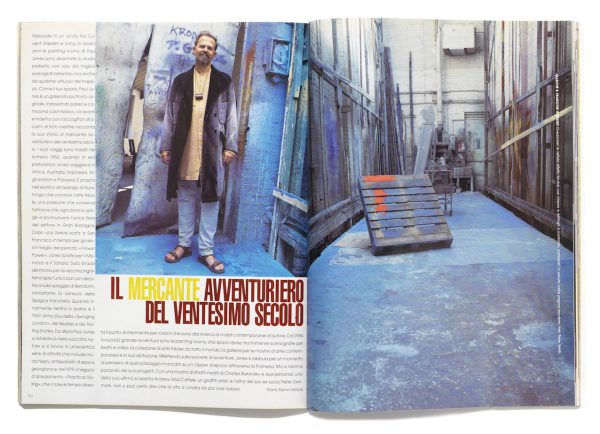 …Hidden in an alleyway between Covent Garden and Soho, for the past twelve years, Paul Jones’ Elms Lesters Painting Rooms have become the studio preferred by the best British designers, scenic artists and contemporary artists.

Like its space, gallery owner Paul Jones is quite original.

Wearing a blue sarong and shirt, he goes back and forth with overflowing boxes of photographs as he tells his story of the twentieth century merchant adventurer.

His travels began in 1962, when pre-tourism Jones was traveling in Africa, Australia, Indonesia, Afghanistan and Polynesia. And in the exotic archipelago of Rurotonga he first learned about tribal art, a passion that has remained unaltered and that every year it pushes him to run the only UK Tribal Art Fair.

After a brief stop in San Francisco, just in time to enjoy the best of the ‘flower power’ period, Jones departed for Morocco and the Sahara. On the way back to Old England he opened the only bar with a discotheque on the beach of Benidorm, despite the censorship of Franco’s Spain.

When he finally returned home in 1969, it was the height of ‘Swinging London’, the time of the Beatles and the Rolling Stones.

Since 1984 his biggest adventure has been the Elms Lesters Painting Rooms. The space is divided between immense set painting studios for theatre, photography and video, a tribal art collection from around the world, and a gallery for exhibitions of contemporary art.

Reflecting on his thirst for adventures, Jones thoughts darken for a moment recalling the time he nearly jumped ship from a vintage clipper whilst sailing through Polynesia. But he revives when talking of his current and future plans.

With an upcoming exhibition of portraits and memorabilia by Charles Bukowksi, a first exhibition of his latest ‘discovery’ Andrew McAttee, a graffiti artist, and a solo show of his former partner and personal friend, Peter Denmark, you certainly can’t say that life in London is boring . 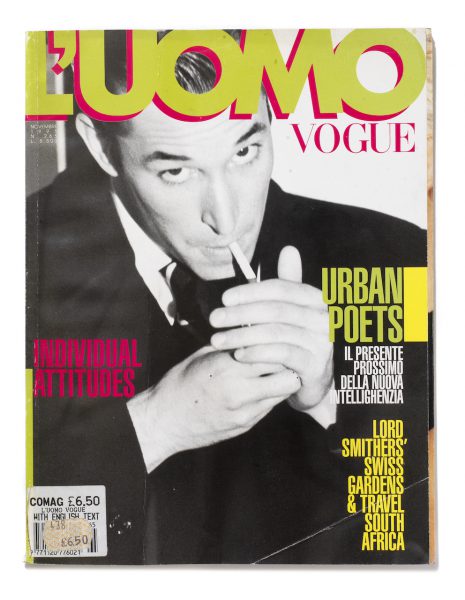