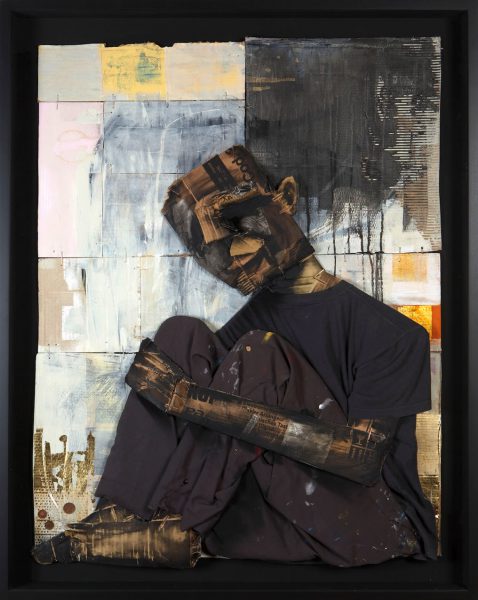 A powerful social documentary painting by Neate, in which he recycled his cast-off painting clothes to dress the cardboard figure. He was juxtaposed with a partially gold leafed background, with some real coins seemingly tossed at his feet.

A limited edition print of PAVED WITH GOLD (now sold out) was published by Elms Lesters for the exhibition IN SELECTED STORES in February 2007. Details below: