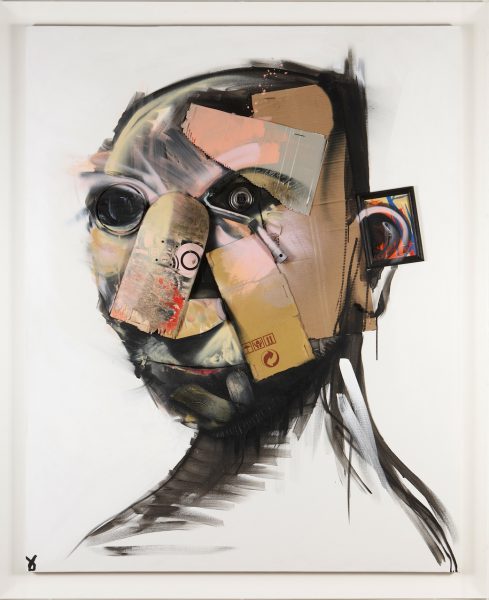 One of the key paintings from Neate’s first solo exhibition PAINTINGS, POTS and PRINTS in August 2007, ‘White Self Portrait’ used his, then, trademark cardboard but with an additional assemblage of items he broke up from his studio. His smashed skateboard formed his nose, the handle of his paint roller his eye socket..
‘White Self Portrait’ was one of a pair of large scale canvas portraits at the exhibition, the other being ‘Red Self Portrait’

A limited edition print of WHITE SELF PORTRAIT (now sold out) was one of nine editions published by Elms Lesters for the exhibition PAINTINGS, POTS and PRINTS in August 2007. Details below: