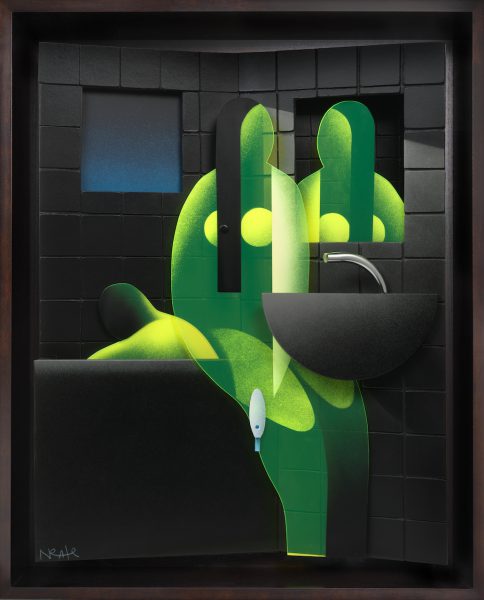 One of a series of four narrative compositions by Neate finished by the end of 2012 and exhibited at Art Stage Singapore in January 2013.

‘In a previous painting entitled The Pregnancy Test (2007)*, a proxy ‘place’ and ‘time’ was offered up to be revisited in 2012. The precursor painting’s axonometric Cad-cum-de Chirico spatial tension is rationalised into a horizontal graphic economy. In his most recent version, the mirrored echo of the female form suggests there are at least three in this relationship. The result is a metaphysics of melancholia, where the implied distance between people in close relationships is much more than spatial…’

* an image of this previous painting can be found in the 2007 gallery section.