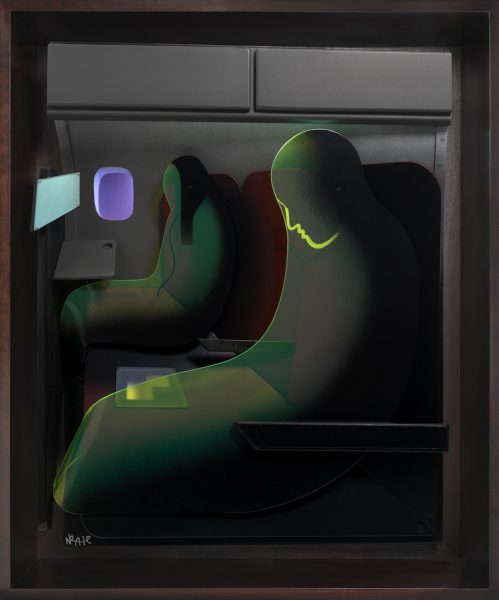 One of a series of four narrative compositions by Neate finished by the end of 2012 and exhibited at Art Stage Singapore in January 2013.

The NIGHT FLIGHT captures the claustrophobic, disorientating timelessness of an overnight plane journey, with the surreal glow from under the over head lockers and from the tv screen on the back of the seat in front created by hidden LED lighting.