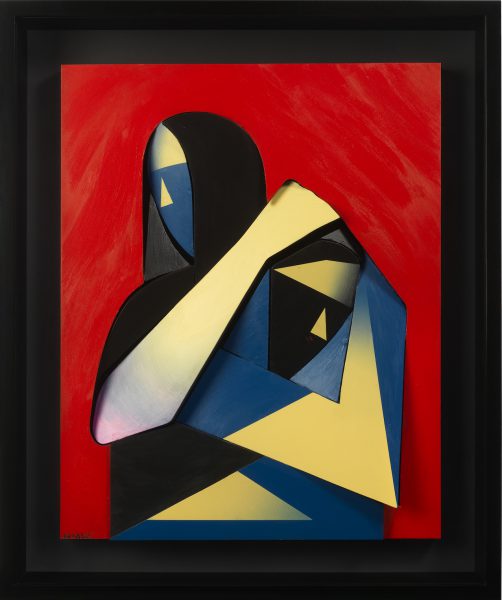 In 2013 Adam Neate challenged himself to paint one of his iconic compositions ‘THE HUG’ using his language of Dimensionalism. This features the female figure embracing the male – with some viewers reading it as a mother and child, others as embracing lovers.

This painting, which is now in a collection in Beijing, formed the basis of the striking Dimensional Edition (now sold out) ‘THE HUG – avant garde’ which was formed in embossed metallic metal.