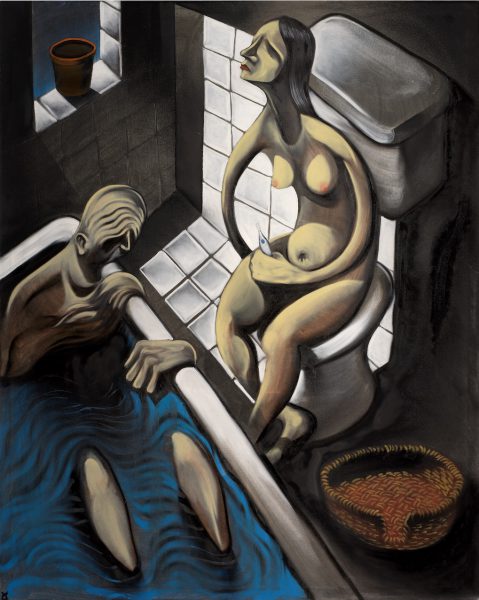 Neate is known to revisit a subject matter and this important painting on canvas was the precursor of a 2012 Dimensional Painting of the same title, about which art historian, Ben Jones wrote:

‘In a previous painting entitled The Pregnancy Test (2007), a proxy ‘place’ and ‘time’ was offered up to be revisited in 2012*. The precursor painting’s axonometric Cad-cum-de Chirico spatial tension is rationalised into a horizontal graphic economy. In his most recent version, the mirrored echo of the female form suggests there are at least three in this relationship. The result is a metaphysics of melancholia, where the implied distance between people in close relationships is much more than spatial…’