A TWO MAN EXHIBITION BY CHRIS CLUNN and LAWRENCE WATSON

“At the age of 15, Chris Clunn walked out of school.  He had KY jelly in his hair and pierced ears. He wore a mohair jumper, home-made bondage trousers and clogs.  Under his arm was tucked a copy of Cultures Two Sevens Clash. He had no qualifications and a point to prove.
It was 1977 . High on hope and fuelled with the Punk ethos of ‘fuck the authorities – I can do this on my own terms’.   Armed with a small portfolio of images of  bands he had shot for school fanzine,  ‘The Modern World’  plus promo shots from  record companies, which he hoped to pass off as his own work, Chris headed straight to the Capital Radio Job Centre.
Within two days he had landed  a job working as a tea boy come messenger for the Soho legend  ‘Gypsy‘Joe Andrews of Joe’s Basement.
It was his first real ‘nice touch’.
“I know you ain’t left school legit  Cat , but I’ll take you on.  If you put in the time and effort , you’ll get a tenner a week as your greengages”
Joe, with his large gold earring in one ear, hearing aid in the other,  silk scarf and gold teeth became Chris’s mentor. He taught him the trade and got him his first real camera – a Nikon F. He also introduced him to the sounds of Sonny Boy Williamson and Muddy Waters.
Within seven years Chris had learnt the high end archival black and white printing skills that he still uses in his darkroom today. He had worked with some of the great photographers  of the past century including Bailey, Donovan and McCullin. He had been through  every current fashion phase from Punk to Soul-Boy, Casual to Mod, Psychobilly  to New Romantic and Indie Kid.  He had owned his first Hasselblad  and, perhaps most important of all, he had become a regular freelance for leading music publication the New Musical Express (NME)”

“Lawrence Watson was born in Hammersmith, London, in 1963. In 1979, he left school at age 16 and took an apprenticeship at a dark room in Old Street. He then graduated to a darkroom at London Weekend Television, and while there developed his portfolio in the evenings and weekends, and began contributing to the New Musical Express.
In the early 1980s, Lawrence was commissioned to document the emerging New York hip-hop scene and his portraits of legendary artists from that era, including Run DMC, Eric B, Rakim, and Public Enemy. 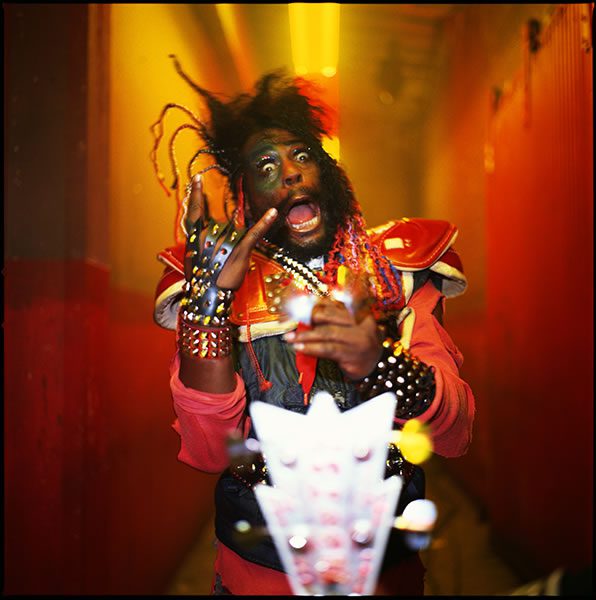 Lawrence’s interest in music has led him to work with such legendary bands and musicians as Paul Weller, Morrissey, Oasis, Pulp, Snoop Dogg, Orbital, Isaac Hayes, Ian Brown, Grace Jones, New Order among many others.”