Between 6th and 28th July 2007 the two heavyweight Brooklyn based artists FUTURA and José Parlá teamed up in London for our exhibition PIRATE UTOPIAS.

The two legendary painters were working here in our historic painting studios at Elms Lesters for the weeks prior to the exhibition, with Futura painting his entire collection of works and José Parlá painting a monumental 243 x 365 cm (12′ x 8′) site specific installation. 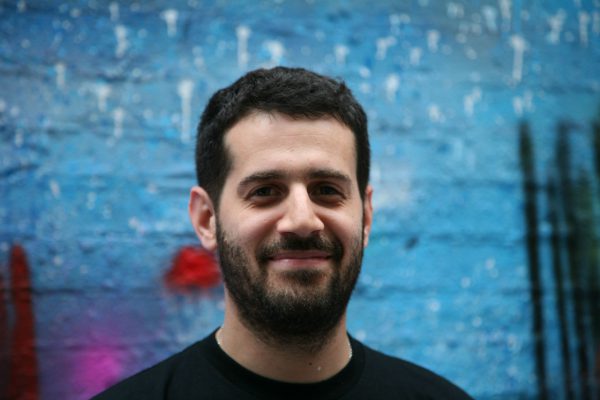 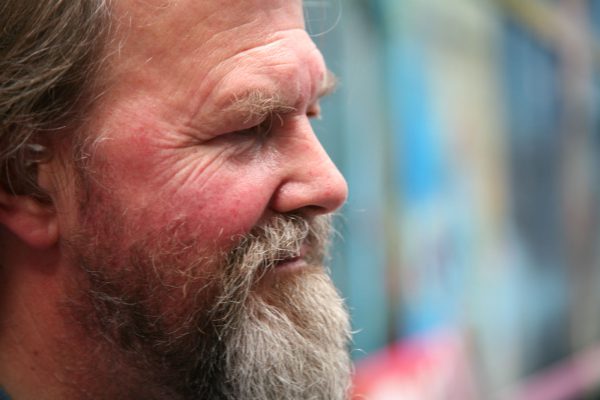 Born in New York in 1955, Futura 2000 is one of the most famous graffiti artists in the world.

“Back then I don’t think anyone ever thought much about the future of the movement and where it was going. Surely I didn’t. It was a passing fancy, a fad, a sign of the times. Social unrest and war were at the forefront of our culture. There were gangs and there were causes, there was indecision and there was pressure. There was a feeling of helplessness and there were messages to be delivered. Modern day graffiti was that movement”

One of the most unique features about Futura’s work was his abstract approach to his style of graffiti. The primary focus of the average subway artist was lettering. Futura displayed a much broader focus; he mastered the ability to create interstellar scenes that set him apart from his peers. Futura’s aerosol strokes could be as thin as the fine lines achieved only through the use of an airbrush.

In the past his most prolific areas of work has been as an illustrator/designer of record sleeves, first becoming involved with The Clash; producing a sleeve for their Radio Clash 7″ single and handwriting the sleeve notes and lyrics sheet for their LP Combat Rock. Years later James Lavelle resurrected his career by getting him, to produce the artwork for several releases on Mo’ Wax records, this also led to Futura producing the imagery which has largely defined James Lavelle’s UNKLE project. Recently much of Futura’s artwork is channelled towards the production of highly collectible toys, and during the 1990’s he was heavily involved with the clothing companies such as Subware, Phillie Blunt, Nike, and GFS.

Futura has exhibited his fine art in galleries all over the world, and his iconic status attracts everyone from serious art collectors, to teenage skateboarders.

In 2006, Futura appeared in the PS2 video game, Marc Ecko’s Getting Up: Contents Under Pressure.

Jose Parla was born in Miami in 1973 into a family of Cuban exiles, when very young, José Parlá moved to Puerto Rico before returning to Miami again when he was nine. He currently lives and works in Brooklyn, New York. His work is reflective of the wanderings of today’s urban populations.

In the context of these migrations and upheavals, Parlá is concerned with the way that cities function as palimpsests, upon which the experiences of those who pass through them are materially inscribed in decay, in writing, in the well-worn paths of their inhabitants.

Parlá’s work attempts to extract and synthesize fragments of these urban environments in flux and reproduce them using the materials and methods of architectural construction:  cement, wood, vinyl as well as those of traditional art like paper, paint, powdered dye, wax, and ink. Yet because these fragments are inflected by the memories and experience of the artist, he considers them to be paintings in sense that is probably truer than one that refers merely to the physical presence of pigments and oil.  Each painting bears the name of the location or experience from which it draws its source.

Parlá describes the object of his method as segmented realities or memory documents;

leading these ideas to form a personal philosophy of his work he calls Contemporary Palimpsests.

“In my travels I have encountered a similar dialogue that takes place in most cities. I find compositions on surfaces of deteriorated walls and remnants of construction markings.  In my paintings I create layers and textures representing the age of memories collected through different periods of my life.

Evidence is left on walls by fleeting creators both aware of their message, or oblivious to what I may find in their signs. Still, they remain mostly unidentified.  When working on my paintings I imagine different people are making choices to write, paint, or destroy the surfaces.  To do this I employ techniques to age my work, adopting materials normally used in construction” 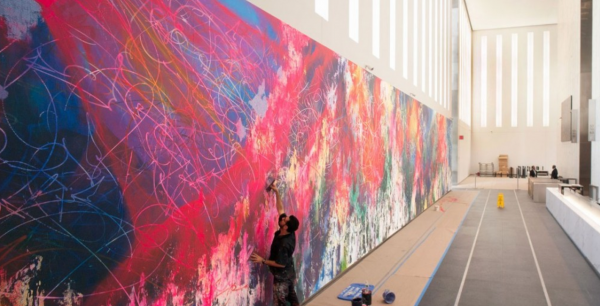 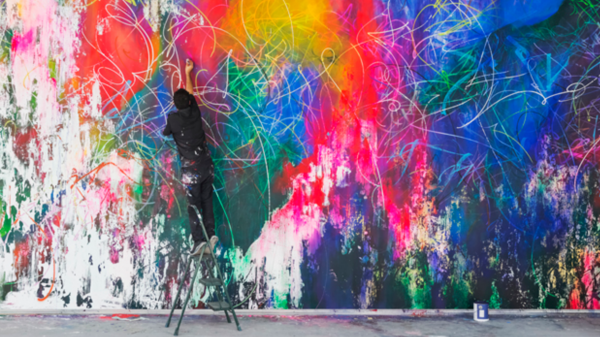