In October 2002, on behalf of James Lavelle, Michael Kopelman and Fraser Cooke, we were honoured to host the KAWS exhibition #@!*$ : RECENT WORKS at Elms Lesters, at the very cusp of his career.

Brian Donnelly (KAWS) was born in 1974 in New Jersey and after moving to New York in the 1990s, started subverting imagery on billboards, bus shelters and phone booth advertisements.

The exhibition included examples KAWS’ legendary Phone Booth and Bus Stop ad disruptions (see image right), photographs documenting their installations around New York, his series of KIMPSONS bubblepacked ‘product paintings’, a series of photos made in collaboration with photographer  David Sims and a series of three screenprints on paper. 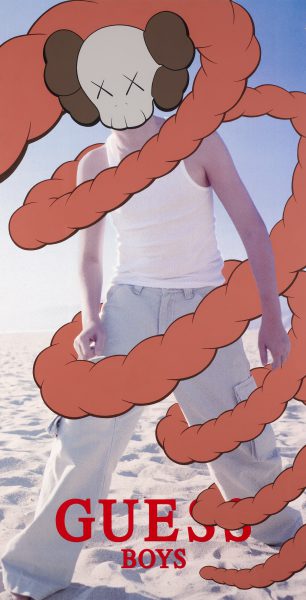 KAWS is now feted internationally with exhibitions worldwide, most recently a monumental restrospective at the MODERN ART MUSEUM, Fort Worth, Texas which then travelled to the celebrated YUZ Museum in Shanghai.

“The Modern Art Museum of Fort Worth hosts a major survey exhibition of the work of Brooklyn-based artist KAWS (American, born 1974) on view in Fort Worth through January 22, 2017, and travelling to the Yuz Museum in Shanghai, China, March through August 2017. Organised by Modern Art Museum of Fort Worth curator Andrea Karnes in close collaboration with the artist, this presentation features key paintings, sculptures, drawings, toys, and street art interventions to examine KAWS’s prolific career in depth, revealing critical aspects of his formal, conceptual, and collaborative developments over the last twenty years.

Spanning the worlds of graffiti, pop art, and consumer culture, KAWS’s bodies of work are highly charged, each conveying his underlying wit, irreverence, and affection for our times, as well as his agility as an artist. He has primarily looked to and appropriated from pop-culture animations (including The Smurfs, The Simpsons, SpongeBob, Hanna-Barbera, and Peanuts) to form his artistic vocabulary for his paintings, drawings, and sculptures. Now well known for his larger-than-life sculptures and hard-edge paintings that emphasise line and colour, KAWS’s cast of hybrid cartoon/human characters, with similarities to popular cartoon figures and logos like Mickey Mouse and the Michelin Man, are perhaps the strongest examples of his exploration of humanity. These figures have amicable names—Chum, Companion, Accomplice—and express and provoke an array of human emotions, from sad, overwhelmed, pathetic, and weary, to shy. They reflect feelings and situations we can empathize with in presentations that are balanced with humour, heartening in their cartoon aesthetic.” 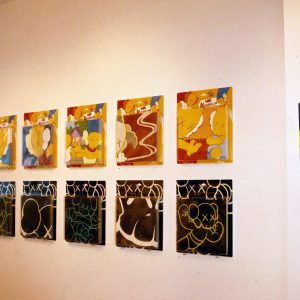 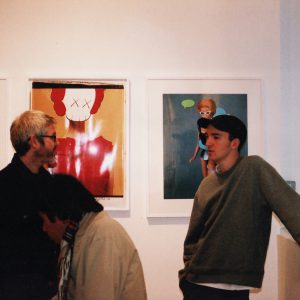 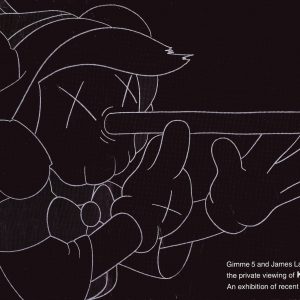 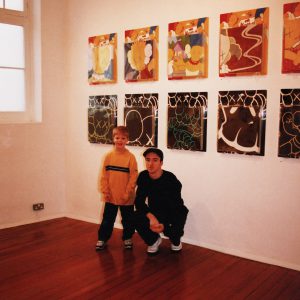 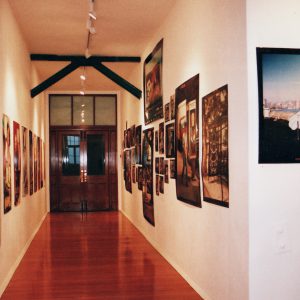 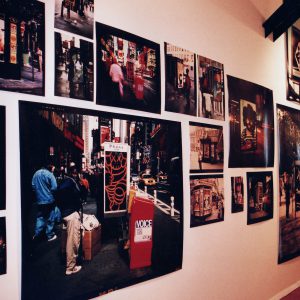 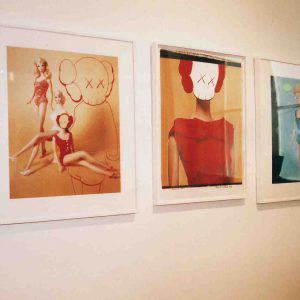 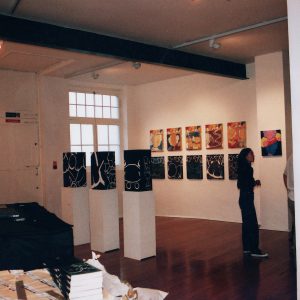 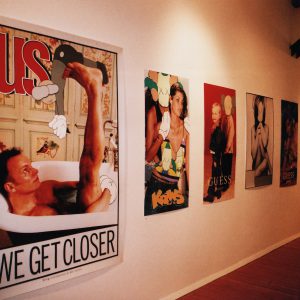 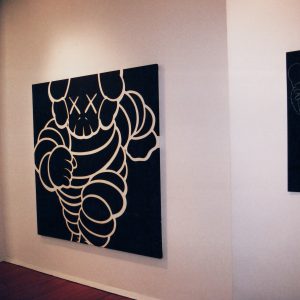 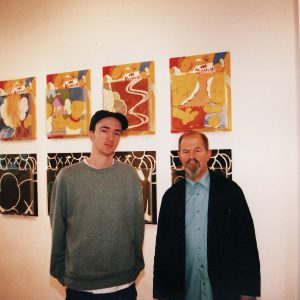 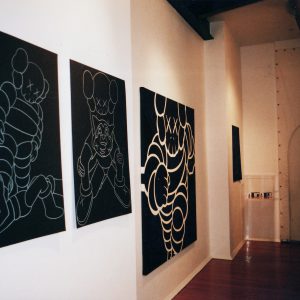 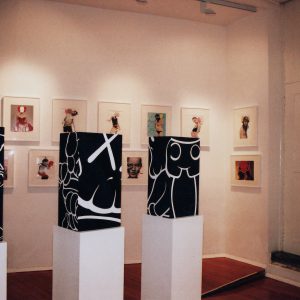 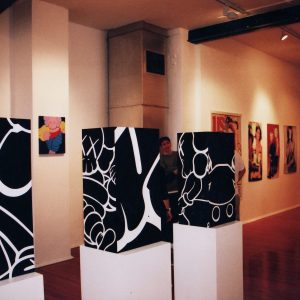