In 1904 Mr. Elms Lesters built the, then, state of the art scenic painting studios in Flitcroft Street, supplying all the West End theatres with their theatrical backdrops.

The early eighties found the building in a state of dereliction, and major renovations saw the four electrically operated paint frames working again and the scenic painting business was resurrected running alongside the Art Gallery.

As the use of painted backdrops declined, so the Elms Lesters gallery rose to prominence and the painting studios were more often than not being used by our own artists, often producing site specific works for their upcoming shows. 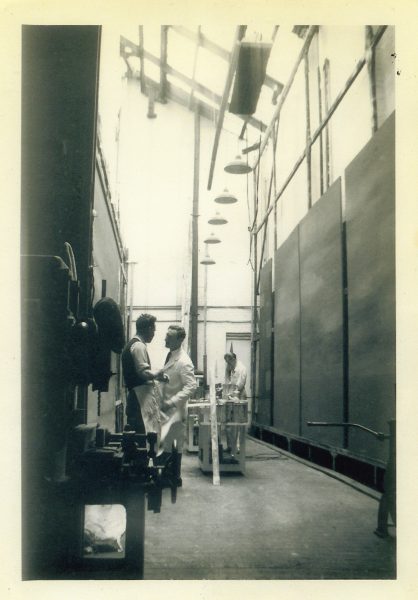 A vintage backdrop being examined by PAUL JONES 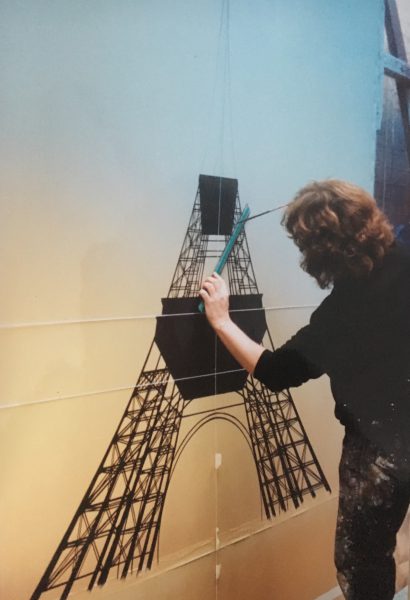 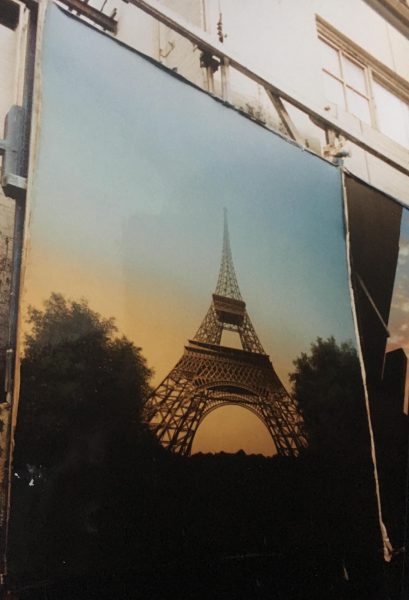